Al Masar Center
Al-Masar Child Development Services was established in 2006 in Amman-Jordan by a group of professionals in the fields of rehabilitation and special... more

Cerebral Palsy (CP) is a neurological disorder caused by malformation or damage to the brain, which can occur before or during delivery, or in the first two years of life. CP mainly affects the body movement and muscle coordination. Recent research in the United States based on their population reports that 4 children in 1000 are diagnosed with CP.

Amongst the causes of occurring before birth are:

Lack of oxygen reaching the baby during delivery is another cause occurring in fewer than 10% of cases.

While causes occurring in the first months or years of life, include:

Cerebral Palsy is not a disease or illness and it is not progressive, in that the injuries to the brain do not worsen. However, the effects of the cerebral palsy may become more noticeable as the child grows and the limitations in his/her movement are more noticeable.

Because a child has cerebral palsy, this does not mean he/she can’t achieve in life. Some children may need more support than others

There are some early signs that indicate a child could have cerebral palsy such as:

Diagnosis of CP in full term babies is mostly established between 6 months to 18 months old.  However, since signs are not always visible at birth or in early months diagnosis may be delayed. Some of the very mild cases may be diagnosed as late as 5 years old.

Each child presents differently, depending on the area of the brain affected and the severity of the injury. This is reflected in the type of CP (as related to muscle tone), the parts of body affected, and severity of the condition.

Accordingly,  the child could be diagnosed as floppy (with low muscle tone leading to very weak muscles) or spastic (with high muscle tone, leading to stiffness). The severity could range from mild, to moderate and severe, while the body parts affected may follow any of the following distributions:

Cerebral Palsy is not a disease or illness and it is not progressive, in that the injuries to the brain do not worsen

Some of the associated medical conditions that are common with CP include:

Although cerebral palsy is a lifelong condition, there are many interventions that can help reduce its impact and improve the quality of life. Therapeutic, psychological and medical interventions are available depending on symptoms and severity of condition.

Because a child has cerebral palsy, this does not mean he/she can’t achieve in life. Some children may need more support than others, but many can go to school/university, work, drive, play sports and have a family. Success stories of individuals with cerebral palsy who excelled in athletics, arts, businesses....etc are plenty. 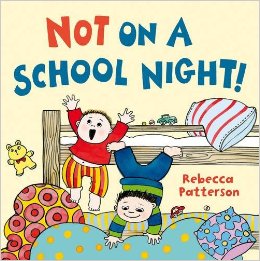 Not on a school night
Ask our experts directly now!

6 Issues can be solved with herbs to soothe babies
Intrauterine Devices/ Loops: How effective are they?
The ‘perfect’ nursery for your baby
What I didn't see coming while weaning my toddler
How can you support your child with Dyscalculia?
Pregnancy cravings: Fiction or fact?

How to Help Our Kids Set and Achieve their Goals?
Track my development: Newborns 0-3 months
Can moms' diet during pregnancy or lactation cause food allergy for babies?