All you need to know about tantrums 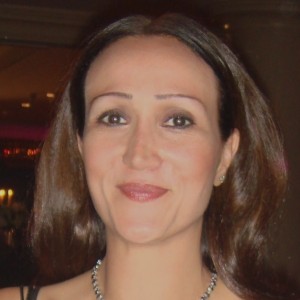 Marwa Sati
Marwa Sati is a speech-language pathologist and an educational psychologist....More

What is a tantrum?

A tantrum is an uncontrolled expression of frustration or outrage by a child when faced by a difficult situation. A good example would be a young child at the supermarket wanting to buy some candy and makes a scene and has a tantrum. The parents’ immediate reaction to this is usually embarrassment while everyone is looking.

Why do tantrums happen?

Some children don’t understand why they are not allowed to have something they were given once before or they are unable to finish something they started; other children might even have a hard time expressing their feelings and thoughts. Whatever the reason is, the frustration that comes along with a specific situation can result in an explosive tantrum.

As grown-ups, our tolerance and threshold are much lower when we are thirsty, hungry or tired and the same applies to children on a much greater scale. For instance, a child might be out late and past his bedtime and has a tantrum in a shopping mall while the parents scold the child to behave and be quiet. This is very ineffective and is not fair to a child for his parents to have behavior expectations the child can’t fulfill and then punish him for not complying.

Do I punish my child for having a tantrum?

The most important point to keep in mind is to completely ignore your child. Clinical evidence and research show that a lot of misbehavior in children is done to get attention and scolding gives them that sort of attention they are looking for. Research also tells us that time-outs don’t work. What parents need to realize is that good and positive reinforcement is the most effective with their children.

Is there a way to prevent tantrums?

Tantrums can never be completely avoided; however, there are many things parents can do to divert their young child from having a tantrum:

When do children stop having tantrums?

Children eventually learn how to self-regulate which leads to less frequent tantrums. Most children stop having tantrums by the age of 5 but others may continue to have frequent tantrums. It is important that you discuss these issues with your pediatrician who can then refer you to a specialist. Always remember that early intervention can limit and reduce behavioral problems and help your child succeed in different environments.