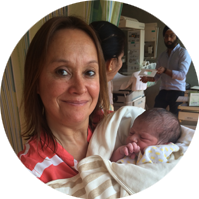 Nicky Langley
Nicky Langley is a mother of four and a professional Doula, Hypnobirthing teacher and Breastfeeding Supporter....More

I am sure that we have all heard stories of bizarre and funny food cravings during pregnancy from coal and sand to odd food combinations!

Most food cravings are nothing to worry about although there is a condition that can arise in pregnancy called “Pica”, this is when a woman craves something that she really shouldn’t eat such as paper or dirt and in this case she should consult her doctor.

I, myself, certainly experienced quite overwhelming cravings during my pregnancies.  I remember a time when my poor husband spent hours searching several grocery stores for a specific brand of instant noodles that I absolutely HAD TO HAVE!

Some women experience extreme cravings whilst others may not experience them at all, in fact I experienced them during only 2 of my 4 pregnancies.

It is believed that about 50 to 90% of American women have some type of specific food craving during their pregnancy. Some women will desire food that they would never even consider eating and would normally avoid at all costs.

However, it is not uncommon also to develop an aversion to certain foods that you would normally really enjoy.  Luckily most women naturally stop desiring food and substances that are not good for them during pregnancy such as alcohol, undercooked meats…etc, which is a great thing!

For most women pregnancy cravings start in the first trimester, reaching a peak in the second trimester and then decline during the third. It is very unusual to continue with these cravings after delivery.

The most commonly reported craved foods in the United States are:

Some funny combinations that have been reported are:

There are many theories on why women do have such bizarre tendencies during their pregnancies; some people cravings are in fact linked to the shift in hormones in a woman’s body during her pregnancy.  Crucially levels of the hormone dopamine tend to drop during pregnancy which can trigger the start of a craving. Dopamine is our feel good/reward chemical.

Most women will tend to have a strong desire for some form of comfort food, this can possibly be explained by the fact that often such foods are rich in both calories and fat, both important ingredients when growing a baby!

Comfort foods can make us feel temporarily happy and even energetic, feelings that aren’t always present in pregnancy!

Basically, this could be our bodies telling us that they need more of a certain nutrient.

There are of course some old wives’ tales suggesting that certain cravings are experienced dependent upon the sex of the baby. Here are some common “beliefs”:

I certainly wouldn’t rely on this to predict the gender of your baby!

We all know that it is important to follow a good, well balanced diet during pregnancy and generally speaking it is fine to indulge your cravings as long as they are eaten as part of a good diet.

Listen to your body, try and eat sensibly but don’t deny yourself the occasional “naughty” treat.  Your body needs more energy to support the growth and development of your baby, when you feel tired you may crave energy dense food! So, enjoy the occasional ice cream, you deserve it!